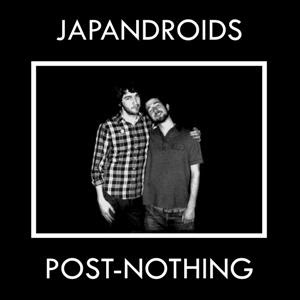 There's something in that small couplet that captures completely and ineffably the cusp, the point between (invincible) youth and (damaged) adulthood. The Japandroids are a couple of children in their early/mid-20s from Vancouver who make this music. Some of their music reminds me of that old forgotten band, Eddie & The Hotrods, a precursor to British punk who had a major hit in 1977 with "Do Anything You Wanna Do." (And I'm so fucking old, I actually remember how much I loved that song as a child). I don't know much of the Japandroids' discography but the songs I've heard so far are about this precise turning point between being young and being old, suffused with a dollop of nostalgia, an unfortunate awareness what they're experiencing is totally fleeting, it's here and it's gone, and then all that's left is nothing.

Here is a subsequent Japandroids single from 2010, a little bit like 1980s power pop a la the Replacements. A song predictably called "Younger Us":

Sitting around doing nothing, waiting for the flight back. Days are going by. Eating. Sleeping. Doing nothing. I watched the entire first season of True Blood. I'm still living in 2008 apparently. I loved it -- who'd have thought white trash vampires would be this funny? Speaking of trashy but good: I can't wait to see the Rise of the Planet of the Apes.

Then I tweaked my syllabi. I don't listen to that much music. I eat a lot. I do nothing. This is called ennui. Or as I like to call it: immersia.

The Baths album Cerulean was on my top 10 list for the year 2010. I'm too lazy to say much about it. Yeah, it's an acquired taste. Yeah, you have to listen to it with headphones on. And yeah, the bass and the beats are the shit. Here's the standout track "Lovely Bloodflow." Dedicated to you, out there in the New York heat.

When will I get back to New York? Not soon enough.