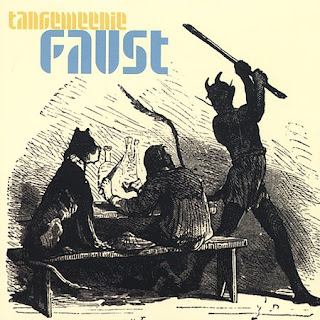 I have not slept well in days, perhaps weeks. Can this be possible? It is. It's possible. It is happening to me right now. Every night takes its toll. Once, I used to listen to music while falling asleep. Now I listen to silence.

It turns out that nobody I know quite likes music the way I do. I live it. Breathe it. Sleep it. Think it. Dream it. I'm not that into film, TV, photography, poetry, literature, dance, art, sculpture, theater, opera, etc. I like some of these forms of art fine but they don't burn through me, they don't peel my skin off, they don't pull my hair out, they don't warm my heart, the way music does. I am an intensely aural being, I suppose. If for some reason, I became deaf, the lack of sound would kill me.

I got on Facebook recently although my quest to limit my "friends" to twenty at the most has failed since I'm up to 22 or something. I am still resisting the urge to invite members of my family and close friends here in New York. If I do, it would suddenly go up past one hundred. This would be very problematic. I am searching for this one person who I once knew in College Station, Texas. His name was Joe Rach. Where are you Joe Rach? You once went to a Replacements show with me many years ago. We had a great time. Where are you Joe Rach?

There's also Peter Hall I look for. But it's hard to look for Peter Hall on Facebook. I used to call him simply "Hall." He was the cool kid I wanted to be when I was 12.

Today I offer a song by one of my favorite albums of 2001, Faust, by the band Tangemeenie. It sort of captures my mood right now. They are about to finally release a followup to Faust, which is apparently titled The Gilded Age. Somebody get it for me! My birthday is coming up.

Tangemeenie - Inside the Moon [mp3]
Posted by spaceman at 10:35 PM No comments: 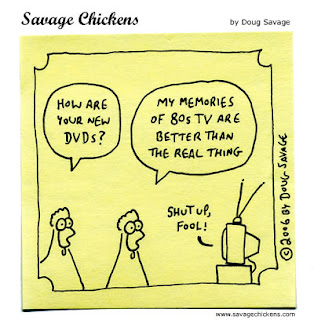 I mentioned Frederic Jameson's essay "Nostalgia for the Present" in another post about M83. He taps into something that I've been thinking about, about periodization and history. He writes:

... period concepts . . . correspond to no realities whatsoever, and that whether they are formulated in terms of generational logic, or by the names of reigning monarchs, or according to some other category or typological and classificatory system, the collective reality of the multitudinous lives encompassed by such terms is nonthinkable (or nontotalizable, to use a current expression) and can never be described, characterized, labeled, or conceptualized. This is, I suppose, what one could call the Nietzschean position, for which there are no such things as "periods," nor have there ever been. In that case, of course, there is no such thing as "history" either, which was probably the basic philosophical point such arguments sought to make in the first place.

If you believe this line of thinking (and I'm not certain I fully do), we arrive at a place without structure. How to make sense of this world? How to make sense of our past, if we can't say "the late Victorian era" and have it mean something beyond a sterile link between successive events. How do you reconcile the ethos of 'something' with the statistical granite of a calendar? Was there really something called the "eighties"?

(2) The Geography of Nostalgia

Memory is intrinsically related to geography, an obvious truism (cliche?) that never occurred to me until quite recently. It goes beyond the idea that certain spaces prompt certain memories. Like if you walk back to a neighborhood you once lived in, you remember certain things. I was thinking of the obverse---that sounds, smells, touches, tastes, can evoke geographies. I have often heard songs that remind me of certain places although I'm fairly sure that I never heard that song in that place, in fact the song wasn't even created at that time. But I am also an acutely aural being. Most of my neurons seem hooked up to some intergalactic opera that began when I was born and will end when I die. Every piece of music created in the world is a reminder of something else for me. And usually the road leads to places, space, traces of buildings and roads and trees and shadows and yellow lights in the rain. Most obviously, music and sounds remind me of locales I have lived in the past or have visited. But the "memory = location" equation has narrow parameters. I only remember certain places within certain places. Of Pittsburgh, I remember Shady Side. A particular block. And always at the exact same time of the day. I think I know why. Because when I used to walk down that block of space, I would think that one day I'll remember this block of space and be nostalgic for this moment when I am thinking of remembering in the future.

I have always actively prepared for nostalgia. I am always aware of interacting with people on trains, planes, buses. If I enter into conversation, my first thought is usually that I will never see them.....but that I will have a memory of them that will not be true to the reality of what is going on. I will one day fill in the blanks and manufacture certain things because I can no longer remember them or feel them. The idea that I will never see certain people or places ever again in my life is a constant part of my life. I get on the bus and I think I will never see these people ever again in my life. It gets more awkward if you go to a conference or a meeting of some sort, and you have a connection with someone for some time, like if you have to deal with a particular salesperson or a hotel attendant or some one else who's at the meeting. You talk about something, you share a laugh, you even shake their hand, you may even hug them, but you will never see them again. I went to a conference recently (SSRC, Washington, DC) and saw a lot of people. After four or five days, it felt comfortable, and many of us shared personal stories. We affectionately hugged each other goodbye, we exchanged phoned numbers and e-mails and sincerely promised to get in touch. We never did. It was nothing malicious. And so I created a structure of a memory about the meeting. And it has sounds attached to it. And those sounds became the memory more than the event. But even those sounds are as ephemeral as the experience, for the more you hear the sounds (a song), the sound (the song) relocates to 'the now.' Which is complicated since 'now' has a new geography and new weather whose intersection give rise to new nostalgias. And on it goes.

What is the geography of nostalgia for people who get out of prison?
Posted by spaceman at 3:42 PM 2 comments: 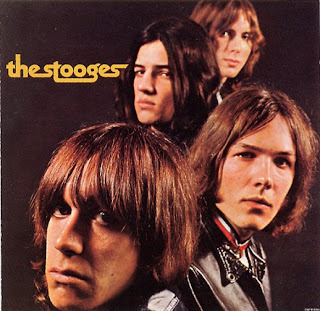 Posted by spaceman at 2:13 PM No comments:

We Tried and We Failed 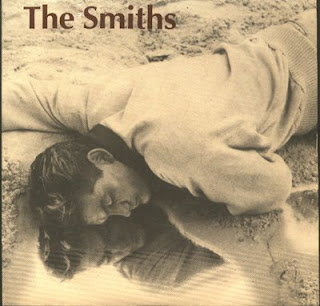