Well, here are my favorite English-language movies of last year, ranked. With some gibberishy comments.

1. Paterson (dir. Jim Jarmusch): The movie itself works as a poem, with scenes repeated as if in rhyme, the two main protagonists waking up each morning in bed, the camera looming over them. It's a beautiful movie about the rhythms of daily life, rendered in the context of a small New Jersey town made famous for, it turns out, poetry.
2. Moonlight (dir. Barry Jenkins): Lots written about this movie. I don't have much to add. It's about one person's crisis of masculinity seen through his graduation into adulthood, but it also works as a kind of generational narrative. Most important, I think the movie is about absences, particularly the sudden and painful absences of the people who we make connections with and how those absences define us.
3. Hell or High Water (dir. David Mackenzie): People say this is a modern day Western. Maybe it is, maybe it isn't. It's set in post-2008 housing bust Texas. It's like Butch Cassidy and the Sundance Kid on steroids and a fantastic movie about the fast crawl to self-destruction. The context of the mortgage crisis renders it a parable about class, as effective as Grapes of Wrath.
4. Captain America: Civil War (dir. Anthony and Joe Russo): Maybe the best superhero movie since the Nolan days? It's not dark or gritty or dealing some serious neoliberal capitalist critique bullshit. It has bright colors, has an emotional center which you can get into, and wonderful comicbook panel battle scenes worthy of Jack Kirby and Steve Ditko. Also, Spiderman.
5. 20th Century Women (dir. Mike Mills): A small movie about a family in Santa Barbara, California in the late 1970s. It's got a bit of the coming-of-age boy-becomes-man kid of thing but that's not really the story. It's more about a boy's relationship to his mother at a moment when second wave feminism was in its declining phase and we're heading into the 1980s. For me, of course, this was a soundtrack to my childhood, mostly post-punk. The movie kind of captured the true dichotomy of the schism between punk and post-punk in the slogan, Black Flag vs. "artfag." And really, how could it not be great when it ended with the greatest Buzzcocks song of all time, "Why Can't I Touch It?"
6. Sing Street (dir. John Carney): Another music movie, this one about a 15-year old kid in Ireland in the mid-1980s who wants to front a band, be cool, become famous, and also, yeah, get the girl. The stylistic choices of the "band" that he forms (the Cure, Duran Duran, etc.) telescope the excitement of watching MTV in the eighties, as image and style and substance and colors and English accents collided in neat verses and choruses and gated reverb. Like 20th Century Women, it's about a moment in music that frames a boy's transition from point A to B, but a bit more ebullient and deeply touching than the former.
7. Deadpool (dir. Tim Miller): This is so meta that it's metameta. The superhero genre turned inside out. It was bound to happen of course, but the unexpected joy of this movie is that its fowl-mouthed hard-R-rated humor and ultra-violence masks a lovely and romantic story about substance over image.
8. Manchester By the Sea (dir. Kenneth Lonergan): Again, lots written about this, not much to add. What does crushing personal tragedy do to a person? Can he form a bond with another person after? These are the big questions at hand here, but there's also a lot of quiet private moments done extraordinarily well. Like, Paterson, this is a movie about that the mundane acts that make a daily life. Unlike Paterson, it is a larger tragedy that is revealed slowly, that casts a pall over the movie.
9. Zootopia (dir. Bryan Howard and Rich More): I don't want to get too political about a movie about cartoon animals who live in a utopian society, but there is a kind of latent political commentary in this movie, about difference, and the stereotypes we attach reflexively to "the other." The most relevant comparison is to Muslims but the movie could be about anything really, about gays and lesbians, about immigrants, etc. And yes, also a feminist movie at heart. But even despite all that, it works as an engaging story about the friendship between two people, an earnest do-gooder and a huckster out to swindle his way through life.
10. Dr. Strange (dir. Scott Derrickson): Surprisingly (or are we really surprised anymore?) MCU pulls out a completely different genre in the latest addition to the Marvel canon. Dr. Strange was a hard character to pull off, given his particularly odd '60s counterculture beginnings (and his '70s post-LSD hangover stories). What MCU has done to smooth out some of the edges and locate it in the current milieu. There's a whiff of Orientalism of course, but the special effects are remarkable and the performances make you care about the story and characters despite the absurdity of the premise.
11. Hidden Figures (dir. Theodore Melfi)
12. Rogue One: A Star Wars Story (dir. Gareth Edwards)
13. Denial (dir. Mick Jackson)
14. Moana (dir. Ron Clements and John Musker)
15. The Nice Guys (dir. Shane Black)
16. Star Trek Beyond (dir. Justin Lin)
17. Silence (dir. Martin Scorcese)
18. The Jungle Book (dir. Jon Favreau)
19. Ghostbusters (dir. Paul Feig)
20. The Shallows (dir. Jaume Collet-Serra)
Posted by spaceman at 10:00 AM 2 comments:

Josh Is Indeed Better Than Me

Today (Monday) will be a hard day. But nothing of the kind that I haven't handled before.

Some people say that music salves the soul. Is this true? I can't remember experiencing anything of the like. For the most part, music has worked as a lever of distraction, elevation, effervescence, euphoria, ennui. But music as medication? No. Not for me.

That said, I like this song. It's by a band that no longer exists. Also: The Whitest Boy Alive. Yes indeed.

"Reading" the T-Shirt: Late Capitalist Identity Formation and Youth Culture in the 1980s 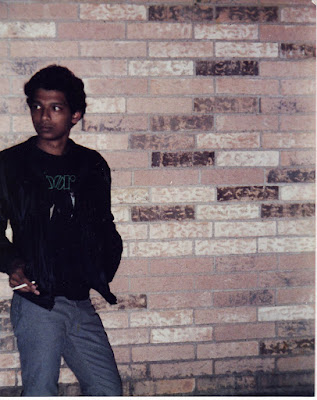 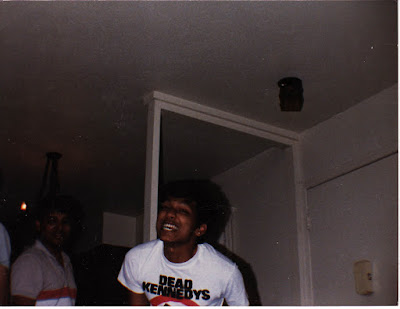 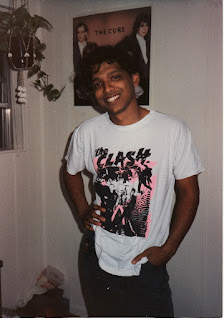 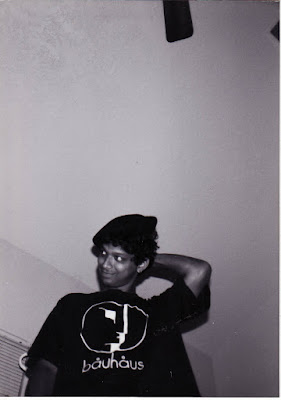 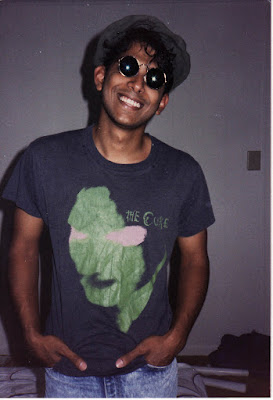 Posted by spaceman at 6:39 PM No comments:

Don't know anything about them but I distinctly remember listening to this song, released in 1979, on a 7" single when I was like 13 or 14. Lost forever to imagined memories, youtube has allowed me to experience the song again after 35 years. The tiny guitar solo (beginning roughly at 1:35) is sublime.

OK, so with the help of The Googles, it appears that they were British, released a couple of albums in the early eighties, and fronted by Ashley Sommers (lead guitar, vocals) and Chev Mastin (bass).

Literally the greatest songs ever written. Yes, that includes anything written by Irving Berlin.