A summer-related post! Who doesn't feel nostalgic for the late eighties? Even if you didn't live through it, you must have some fake memories of the eighties.... right? And who better to recreate those memories than the band Wild Nothing, the brainchild of one Jack Tatum from Blacksburg, Virginia (home of VirginiaTech). I don't know much about him but he seems young, in his mid-twenties, and has a fondness for British indie-pop. Gemini, the first album by Wild Nothing came out in 2010, and it was one of my favorite (guilty) pleasures of that year. Awesomely great pop songs! Especially if you're missing an old girlfriend or something. I hear that his new album Nocturne is about to come out soon. Next month actually. Pitchfork (yucko) has a recent interview with the dude in which he confesses that he listens to Ministry. This sounds nothing like Ministry, but it's entirely likely that if you were around in the late eighties, you would listen to both Ministry and music that sounds like Wild Nothing. I know I did. That's what we senior citizens did! (More on Ministry in a later post). This here below is the "big single" from their Gemini, called "Summer Holiday." First the album version. And then in live-in-the-studio version. Both good.

Posted by spaceman at 6:41 PM No comments:

There's a lot to say about Spiritualized, but not right now. But ... where better to start than with Lazer Guided Melodies, their 1992 debut? This is an album that still sounds like it was made in some blissed out dimension of outer space. One of the singles from the album was "Run" a quasi-cover of an old song originally by J. J. Cale. I say quasi because Spiritualized's mastermind Jason Pierce kinda makes the song his own. Bliss, indeed. 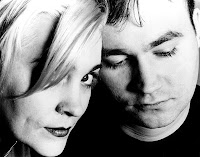 This is the very first Laika song I ever heard, Laika being both a famous dog and a less famous band. The band, Margaret Fiedler and Guy Fixsen, put out a bunch of amazing albums in the late nineties, one of which, Sounds of the Satellites (1997) was top-to-bottom a great example of electronic pop done well. All about the 3 AM post-party vibe, they were. This particular song that I'm posting was included in a 21-song compilation album titled Whore: Various Artists Play Wire (1996) which featured various artists covering songs originally made by the British band Wire. 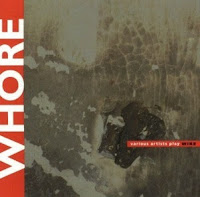 Today, suddenly, I got an itch to listen to this song, which is as perfect one can get in terms of deconstructing an original song. "German Shepherds" itself was first featured on Wire's IBTBA (1989) and then radically deconstructed during a John Peel session in the late '80s. The radio session version saw official release, many years later, on Coatings (1997). It is the latter version that Laika de/re/construct into electronic bliss.

What does it sound like? A bit of nineties trip hop, a bit of silky mood, a bit of electronic gloss, a few changes in lyrics, and here we are....

Oh by the way, that compilation called Whore? It is one of the best "tribute" albums ever made. You don't have to be familiar with any of the originals because the ethos of innovation on the album is so persistent and at a high level. Instead of cranking out note-for-note covers, all these bands try to emulate the spirit of Wire, instead of Wire itself. Good stuff. There are a couple of duds, but overall, it's a superb album, AND includes one of the few post-Loveless My Bloody Valentine tracks released, the fantastic "Map Ref 41°N 93°W."

As Close As This