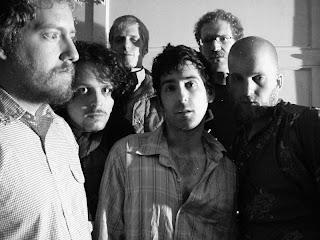 I included a song by Blitzen Trapper in one of my top 10 songs of 2008. I wanted to say a little bit more about them as I've been listening to their recent album Furr recently. Blitzen Trapper is a band from Portland, Oregon. I don't know much about them, although they seem rather young and beardy (having seen them on one of the late night shows). They are strictly in the folk idiom, with a little bit of Bob Dylan/Woody Guthrie with some Flying Burrito Brothers thrown in but also a little bit of weirdness. I post two songs here, both of them quite brilliant. One ("Black River Killer") is a modern day murder ballad. The other ("Furr") is an amazing song about metamorphosis, and the ways in which we can escape our 'normal' lives and truly be free, if only for moments, only to return back to 'normalcy.' Or you can take the song as a simple love letter to nature. 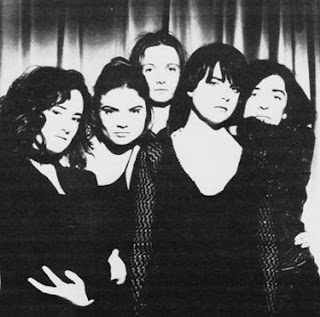 I like it when bands do songs that are so uncharacteristic of their "style" that listening to the song begs surprise. Why do I mention this? Because I'm posting a song by a band that actually sounds little like the way they sound the rest of the time. Miranda Sex Garden, a British band from the nineties, combined an interest in madrigal music (kind of early Baroque/Rennaissance-era polyphonic music from the 16th century) with a vaguely gothic sensibility. They didn't sing happy songs but they were not easily identifiable with mopey music from the nineties; a lot of female voices singing counterpoint to each other, sometimes getting vicious and sometimes tender. Their music grew more and more complex over the years. I first heard their album Suspiria (1993) and then followed them into Fairytales of Slavery (1994) but lost track after that. Both were quite superb albums unlike anything you might hear before, during or after -- very unique stuff. There is some sort of fan website here if you want to pursue them in more detail.

I'm posting the final track off of Suspiria here, appropriate for today. It sounds nothing like the rest of the album. The song, "My Funny Valentine," is an old and well-known one, originally written in 1937 by Rodgers and Hart. It's been covered by just about everyone in the world. I have to admit, the Miranda Sex Garden version was the first time I ever heard the song, and it's ruined all other versions for me. I guess you could consider this song somewhat hackneyed but if you listen carefully, the chord progressions are both clever and elegant. And this version takes it places that few versions do, as Katherine Blake (the lead singer) puts in a wonderful performance. The guitar behind her voice sounds positively heavenly. If you have a chance, listen to it on the headphones alone.

On the Beach (again) 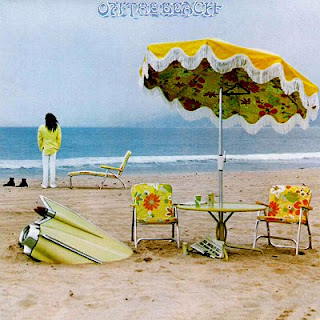 A lot of people I know dislike sad or melancholy music. They don't understand why one would want to listen to such music since, the thinking goes, isn't the idea of art really just an aesthetic form of distraction? Distraction from the obvious troubles of life. Many people feel this way not just about music but also about movies and novels. But, I sense the more invested one is in the particularly form of art, the less one is likely to see it as a 'distraction.' What I mean is that when you are superficially interested in something, it can be useful as a distraction but that as your interest progresses into something more committed, you start to rethink the idea of art-as-distraction, and it becomes something else. That something else obviously varies person to person. But it becomes more important to reflect (or at least process) the emotional nature of the music/movie/book. Was it happy? Was it sad? Was it neither? Etc.

I've always found it difficult to describe why I like the music I like. I like loud and soft and in between, but I can't really describe any kind of particular sensibility beyond that "I like it." And therein must be a chemical explanation. For what else can it be?

A friend asked a question a while back: "what do you listen to when you're stupendously bored and apathetic?" Here, there could be two potential answers depending on the goal. If you're trying to connect even more with that boredom/apathy, it seems appropriate to listen to melancholy music, something that reflects your situation. If you want to get out of it, then listen to happy and/or angry music. The problem with the latter is that you might not want to, and you might not enjoy it.

I sometimes make mixes when I'm feeling one way or another to reflect my mood. Last spring, perhaps late in the spring, I don't remember -- I was feeling particularly down, about something that seemed so unattainable (although later it proved not so) but at the time it seemed absolutely impossible. I mention it because it was a particularly good mix, with lots of eclectic stuff, the kind that somehow strung together very well, some less well-known Neil Young, some Explosions in the Sky, some Gorecki, a Bengali song by Tagore, etc.. (Aside: Someone told me at the time that Neil Young was "dad's music." True, depends how old dad is, I suppose.) One of the songs was one of Neil Young's most peculiarly haunting songs, from his lovely but underrated album On the Beach. Hard to say what it's really about but it has that quality of unattainability too, or at least a strange detachment from the events swirling about you in life. I relate to the feeling right now, as if I'm watching my life go by, all around, unable to stop it, unable to stop the inexorable movement to something else. And the only thing I can do is sigh. This song is a like a five minute sigh. It really is.