The Wombles - Wombles of Wimbledon 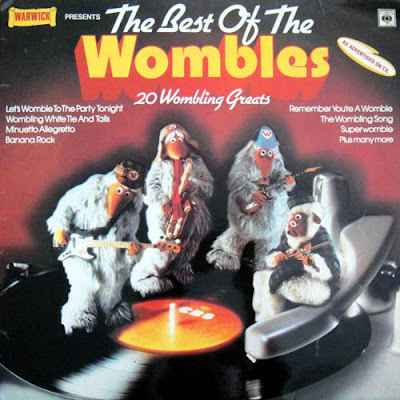 The Wombles was a stop motion action show that ran on British TV originally from 1973 to 1975. Reruns of those original episodes have continued on TV for years, decades. Each episode was about 5 minutes long and chronicled the lives of these fictitious furry animals (kind of like hamsters) as they got into trouble in the English countryside.

The theme music for the show (And many associated songs featured in the show) were written and performed by Mike Batt, a well-known English songwriter who had a few hits in the 1970s (including the effervescent "Summertime City"). Batt also had a modicum of success as a songwriter for hire for a bunch of British acts from that era including Steelye Span.

Either way, the theme song to The Wombles is quite a lovely song, compositionally perfect in its cadences and melodic sense, to invoke both childhood in general but also a very specific English sensibility of childhood. There are lots of french horns and trombones and violins and a bouncy beat guaranteed to make you sway. It's one of those songs that has been the longest in my brain, chords, melody, lyrics literally imprinted in my brain until I die. I have sung this song forever and am now singing it to my son who finds all this more mystifying than amusing. But in a testament to its Beatesque power to burrow into one's brain, he also hums the song frequently and without being aware of it.

Stripped of all the musical accoutrements, with just guitar and voice, you get a sense of the awesomeness of the song's melody, chords, and lilting nature. It has a bridge worth killing for.

Posted by spaceman at 5:42 AM No comments:

This is the single most influential song of my life. It also captures the very essence of life itself, better than Friedrich Nietzsche, Immanuel Kant, George Gurdjeff, Jean-Paul Sartre, Homi Bhabha, Gilles Deleuze, and Jacques Derrida. Why, you may ask? Because it fundamentally describes the human condition:

Feast on this sonorous marvel yourself:

Posted by spaceman at 7:11 PM No comments:

Husker Du - Don't Want To Know If You Are Lonely

"Don't Want To Know If You Are Lonely" was the first single off of Husker Du's album Candy Apple Grey (1986). The was written and sung by the band's drummer Grant Hart.

I remember this from some centuries ago when I was but a gleam in my parents' eyes. Ultra Vivid Scene had one great album called Joy 1967-1990 that came out in 1990. I must've heard it a million times on a C90 cassette which I still probably have somewhere. One of these few perfect pop albums from that era, the art of the 3-minute song with killer hooks and melodies. And this particular song, of course, had the lovely and adorable Kim Deal on backing vocals.

Turns out the dude in Ultra Vivid Scene (well, actually it was only one guy, Kurt Ralske, who did everything) quit music and has had a second career as a visual artist and academic. And this career has been incredibly successful--I'm not even sure if anyone remembers that he released this killer pop album 25 years ago. According to his website, "Kurt Ralske's video installations and performances enact a dialogue with history: an exploration of the past that proposes a new view of the future."

If I was falling in love these days, I would dedicate this song to whoever it was:

Posted by spaceman at 4:30 PM No comments:

This is "Island" by The Whitest Boy Alive, a now-defunct band based in Berlin (but with members from also from Norway). The song is from their second and last album Rules (2009).

Posted by spaceman at 7:21 AM No comments:

I knew this girl in Galveston, Texas

I knew this girl in Galveston, Texas, on the Gulf of Mexico. I was living in Houston and I would drive down I-45, past all the topless bars, and into Galveston to see her. She had pretty blue eyes and a disarming smile. She would wear her flip flops to the beach, dragging me with her. I always wanted to leave, but she would make me stay. I still remember an image of the ocean, dark and foreboding as a storm approached the beach. We were silent a lot, but I think she knew what I meant and vice-versa. We communicated a lot without speaking. So I wrote this song "So Few Words" for her. I wrote the song on May 23, 1999 and recorded it on the same day. Me on guitars and vocals. It is the fifth track from my first EP called Locust Dreams.

Posted by spaceman at 2:43 PM No comments:

The opening track from Tool's debut album Undertow (1993). Did they ever top this? Doubt it. This is music that is taut, pulled apart, completely under control, like an armored division, attacking, rolling down to its target. Utter control and precision. Yes, they released better albums than Undertow but did they ever top the ROCK GUITAR ATTACK of this song ever? No.

No One Is Innocent.

Posted by spaceman at 2:07 PM No comments: 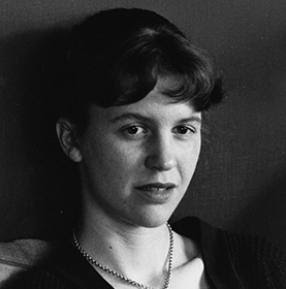 I just realized that the day Sylvia Path killed herself, February 11, is also my birthday. I had no idea. But Wikipedia does not lie, as we all know. That's a pretty morbid coincidence. Strangely or not, I've been thinking of her quite a bit recently. Like most young people, I also read The Bell Jar, I think during college. And I'm pretty sure I re-read it when I moved to Northampton, Massachusetts in the early nineties, given that Smith College features prominently in her life and the book. I remember liking it quite a bit although I'm not sure how I'd feel now.

Part of the reason I've been thinking about her is that I recently (re)saw the movie Sylvia (2003) directed by Christine Jeffs and starring Gwyneth Paltrow and Daniel Craig. Basically a straight-ahead biographical drama about Plath's life (with an obvious focus on her relationship with Ted Hughes), the movie was not judged kindly by audiences at the time (although Roger Ebert did give it a fairly good review). I was not one of the many who were bored by it. I actually liked it, especially Paltrow's very nuanced performance, one of the best in her (now stalled?) career as a top-flight actor. I kind of actually believed Paltrow was Plath. And there are moments of amazing vulnerability conveyed in her performance that were, well, surprising. I didn't expect that. 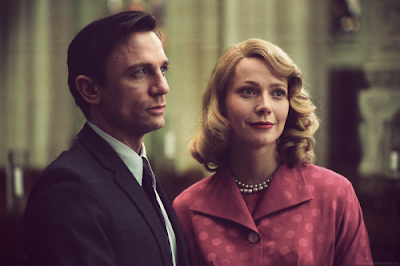 The soundtrack to Sylvia was composed by Gabriel Yared (who also scored and got an Oscar for The English Patient) and I also kind of liked it. It wasn't maudlin or too laden with sentimentality. As one reviewer noted, there are echoes of the violins from "Eleanor Rigby" but the basic motifs and themes are rather understated. The actual suicide is depicted with a spare piano motif that suddenly cuts off the orchestral score:

More to my typical music tastes, I have a feeling that the producers of Sylvia had wanted a pop/rock song or two to soundtrack the movie. And word probably got around. Someone told Paul Westerberg about it who came up with one of the great tracks of his late period solo career, "Crackle and Drag." Unfortunately, the song was never used in the actual movie, which is a pity as it's a beautiful reflection on her life and suicide. The words "crackle and drag" refer to Plath's famous poem "Edge" where she writes (about a doomed woman):

Here the "blacks" are the long funereal curtains that drape the theater stage. The "crackle and drag" is an allusion to the static caused by the curtains as they brush up and drag against the floor... as they move across the theater stage.

In Westerberg's capable hands (and voice), the song has two studio versions, both featured on his album Come Feel Me Tremble (2003), a kind of "soundtrack" to a video documentary of the same name. One version of the song is acoustic and the other a kind of raging but beautifully heavy power pop version, kind of like early Cheap Trick filtered through Big Star. Fantastic actually. But the version that I really love is one that he never actually released (a totally Paul move if there was ever one) but performed quite a few times on his 2002 tour before the album came out. Here is that version performed in Minneapolis on July 1, 2002. The song begins very tentatively, with Westerberg flubbing lines, basically screwing up the whole thing, but gains momentum slowly until by the end it's a tour de force. Really amazing. Would have been perfect for the movie:

And finally, there is the totally rockin' version by Westerberg, released on Come Feel Me Tremble: