Where Did You Sleep Last Night?

This trance-like song, sung by Nirvana, is an old old song. Originally known as "In the Pines," it's a traditional American folk song dating from the 1870s, probably from Southern Appalachia. Like many old standards, nobody knows who wrote it, but Lead Belly (or Leadbelly), the black folk/blues singer who almost inexplicably gained fame in the 1940s, basically made it his own with some new lyrics (he called the song "Black Girl") and a new arrangement. The song always had a dark tinge, given that it described the aftermath of a decapitation, but Lead Belly made it almost gothic.

Lead Belly (real name: Huddie William Ledbetter) was extraordinarily talented but his rise to fame had much to do with what white people thought was "authentic." In the early 1930s, folk collector John Lomax basically set out to find "authentic" black music, "untarnished" by European (=white) culture, and plucked Lead Belly out of prison in Louisiana. He basically forced Lead Belly to play what Lomax considered "savage" music ("genuine Negro folks songs") even though Lead Belly's repertoire actually included mostly white country music. This was a classic case of white people looking for a "noble savage"; and if Lead Belly didn't quite fit the bill, Lomax created an entire fantasy around the man who was known to be a very soft-spoken and gentle individual. Note Lomax's description:


Leadbelly is a nigger to the core of his being. In addition he is a killer. He tells the truth only accidentally... He is as sensual as a goat, and when he sings to me my spine tingles and sometimes tears come. Penitentiary wardens all tell me that I set no value on my life in using him as a traveling companion.

This is not to suggest that Lead Belly didn't sing some pretty dark stuff, just that he was actually much more versatile and complex a musician than Lomax was willing to portray. Lomax made Lead Belly popular in the 1930s, but ironically during his lifetime, Lead Belly was much more well-known among leftist radical white activists (what we would call "hipsters" today) than with African-Americans. (His concerts in Harlem were apparently total flops). Which is where Kurt Cobain comes in. Cobain had a fascination with Lead Belly and recorded a bunch of his songs (I think they're still unreleased). But I think his genius with this MTV Unplugged performance was to slightly alter Lead Belly's version. Authors Hugh Barker and Yuval Taylor in Faking It explain exactly what Cobain did:


He changed the first chord of each verse from major to minor (occasionally adding a fourth [note]), thus imbuing the song with an even more melancholy tone; he slowed the tempo way down doubling the song's length and also increasing its sadness; he changed the repeated words "black girl" to "my girl," thus erasing Leadbelly's racial perspective;... after singing all the verses of Leadbelly's version, he repeated some of them, first sotto voce, then raising his voice an octave... lending the song an air of complete desperation because of his straining to hit the high notes; and [then, finally] he sang the song's last words ("I'll shiver the whole night through") in half-time, his voice completely hoarse and ragged, thus adding an undeniably dramatic flourish to what was, in the original, only plain repetition. The result is a terribly haunting and emotional performance.

I guess those little changes combined together = innate talent (or genius?). Apparently after the performance, Cobain argued with MTV producers who wanted an encore. He refused because he felt that he couldn't top the performance of that last song. On that, he was absolutely right.
Posted by spaceman at 10:11 PM 3 comments: 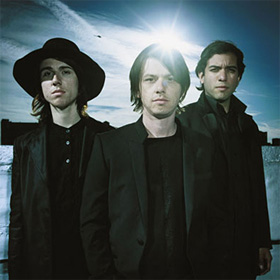 What's up with the lack of four-on-the-floor rock'n'roll in the world these days? To paraphrase James Murhpy, can we sell our turntables and buy back our guitars?

Since I wasn't around in the 1970s, I can't imagine what it was like for a real ROCK album to come out. You know, Led Zeppelin IV, or Quadrophenia, or Machine Head, or something like that. But I bet it was exciting to come home and put that needle on the first track, and an epic 9 minute mastodon-of-a-track would crank out of the speakers. Oh, to be 15 years old in 1972. But unfortunately I wasn't.

But ... if you want to hear a full-scale '70s rawk vibe updated for the 21st century, there is no better place to begin than The Secret Machines. Now, I haven't kept up with them that much in the last few years but their debut album from 2004 entitled Now Here is Nowhere is quite the prog ROCK album. Imagine if you will a Pink Zeppelin with some Can thrown in. The lyrics are suitably obtuse, the rhythms are motorik, and the drums are positively GIGANTIC. At the time of the debut, the band was basically two brothers (Brandon and Benjamin Curtis, who played bass/keyboards and guitar, respectively) and Josh Garza. Since then, Benjamin has left to find his muse in shoegazer band School of Seven Bells, but the band remains a three-piece with the addition of new guitarist Phil Karnats. In the proud tradition of the three-piece power trio (think Cream or the Police or [choke] Rush), they crank out some high stakes rock music. They are on this world to rock, not to roll, if you know what I mean. All their strengths are on display on this live version of the first track off of their debut, "First Wave Intact," a massive, MASSIVE song, in which all three gentlemen (the original 3) crank out some nasty monolithic riffs to pummel the crowd into submission. Enjoy 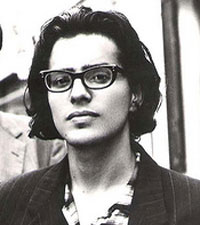 Posted by spaceman at 1:16 AM No comments: 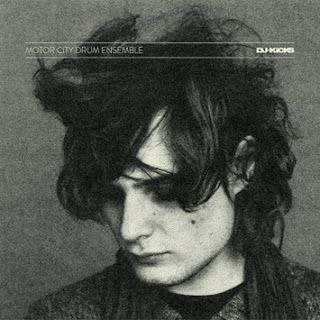 I've been jamming to a recent DJ-Kicks mix,  one in a long series put out by the !K7 label. DJ-Kicks started sometime in the mid-'90s as a compilation of electronic dance music (mostly techno but house also). Remember Kruder and Dorfmeister? They did one. Remember Thievery Corporation? They did one. Certainly there was a bit of a vanilla/loungey kind of vibe that's gone out of style but more recently the music has become incredibly diverse, incorporating a lot of really good and sometimes obscure 1970s funk and Afrobeat. The one that I've been listening came out last year, and was done by Motor City Drum Ensemble, basically a young Cologne-based kid named Danilo Plessow, who has made quite a name for himself. Very talented dude.

This is a stellar mix of jazz, soul, Afrobeat, Chicago house, etc. There's a lot of good music here, beginning with Sun Ra, Curtis Mayfield, passing by Aphex Twin, and ending up with Timo Lassy and James Mason. He throws in one original track too. More information here.

Definitely worth the $10. Get it on iTunes here.

Posted by spaceman at 2:14 AM No comments: