And if it's some quasi-folkie (attractive) soft-spoken chick with a guitar, it takes it over the limit. Here's Annie Clark (aka St. Vincent, known for 2009's awesome Actor) doing a cover of Big Black's "Kerosene" last Sunday (May 22) at the Bowery Ballroom here in NYC. This was the show to celebrate the 10th anniversary of Michael Azerrad's classic book Our Band Could Be Your Life: Scenes from the American Indie Underground, 1981-1991. Several contemporary bands took turns covering the bands covered in the book.

Here, Annie Clark fucking rips a hole in the ozone layer with this. It's worth watching all 7 minutes of this. You will be pounded into submission. Steve Albini, eat your heart out.

For Ashim, here's a cover of a song by the Soft Boys from a Replacements show on July 1, 1985. It's from a bootleg variously called Simply Unacceptable or 7th St. Entry in Minneapolis. Full rip of the show here. 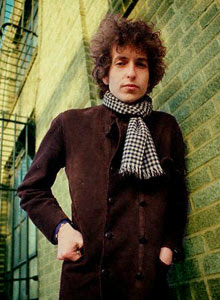 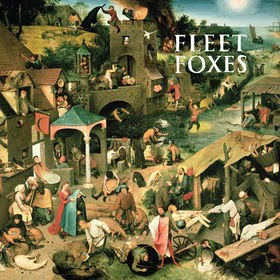 This following song was the soundtrack to my late winter 2008 and early 2009, during a time when I spent a lot of time in Boston / Cambridge. The Fleet Foxes are a Seattle-based band who do beautiful songs about dreams within dreams washed by unbelievable harmonies, voices stacked on each other like a million parallel rail lines from here to the horizon.

Their first album, self-titled, appeared in 2008 and they just released their sophomore effort, Helplessness Blues, which I am told, is just as good, if not better than the debut. The people in the band seem kinda young (mid-20s), and maybe that's one reason why their music seems dislodged in time, without influence or context. Sometimes the voices remind me of the Everly Brothers, that crazy dream harmony that they used to conjure up in songs like "All I Have to Do is Dream" and "Cathy's Clown." But where the Everly Brothers sang about unrequied love, Fleet Foxes sing about weird make-believe worlds, lives kidnapped from Medieval times. The cover of their first album was a Dutch painting from the 16th century (actually by a Flemish Renaissance painter by the name of Pieter Bruegel the Elder).

This song, "White Winter Hymnal" is spine-tingling-ly beautiful. It was the single off the album and undoubtedly the best song from it. The video is a little off-putting but just close your eyes and put on repeat. There is something mesmerizing at work here.

Unable to embed in my blog, but click here for the video. And here is a live performance.
Posted by spaceman at 11:35 PM 1 comment: