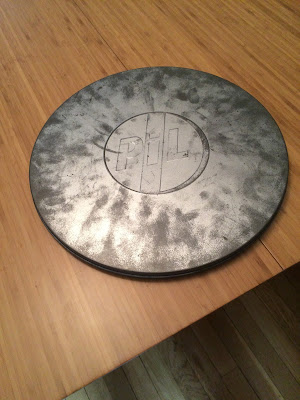 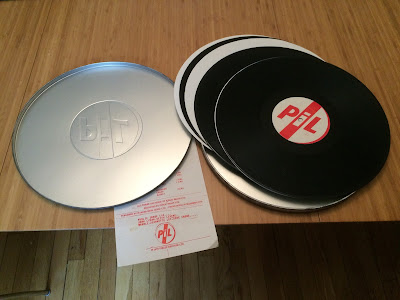 New purchase! P.I.L.'s Metal Box, originally released in 1979 (and later re-released in the U.S. as Second Edition). Snagged this off ebay. It was pricey but this was an original issue from 1979. The outside canister obviously has some wear and tear, mostly (I presume) from oxidization over the past 37 years. But the vinyl appears to be in mint condition -- a brilliant album spread over 3 records. One of the reasons for getting this on vinyl is that the bass, played by the incomparable Jah Wobble, is very compromised on the CD editions. On vinyl, everything really jumps out at you. So now I own an original first print!

Not sure if I've ever written about this album -- it is undoubtedly one of my favorite albums of all time. And yet it is also one of the most difficult listens, especially the first time. It's not really 'musical' in the conventional sense, but drawing from dub, especially, creates an entirely new (for the time) sonic blueprint based around discordance, repetition, and atonality. Its hypnotic nature derives actually from the fact that there's almost nothing musical and pretty in it (well, except for the concluding instrumental "Radio 4.") And yet, in the mesmerizing nearly 8-minute grooves of "Poptones, you can get totally lost after a few minutes. One of the greatest dub/post-punk tracks every recorded. Hell, one of the greatest tracks ever recorded by anyone anywhere.

Posted by spaceman at 1:14 PM No comments:

This is from the album Outside The Line (2015) by the English artist Xavier Thomas who goes by the name Débruit. More about him here. A new album, entitled Débruit & Istanbul, is about to come out in a couple of weeks.

Unfortunately, I can't embed the track here. But you can listen here. 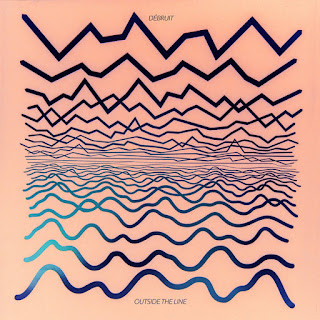