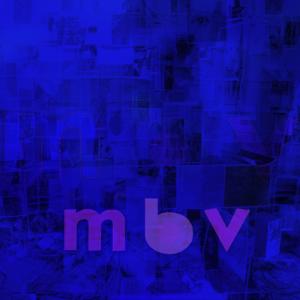 Apparently, My Bloody Valentine have released a new album. Yes, that's exactly what I just said. Their last one was 21 years ago. Also, it was a good one. Hell hath frozen over. You can buy it on their website but don't count on it because apparently it totally crashed due to millions of people clamoring for it.
Posted by spaceman at 11:01 AM 8 comments: 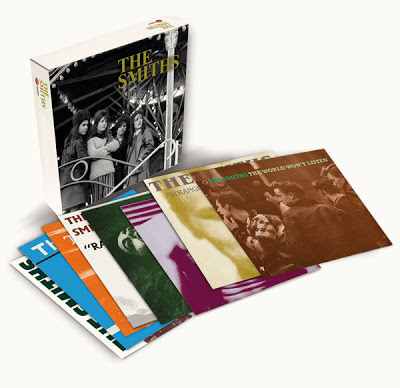 I bought this for myself as a self-Christmas present. Sure, I have been hoodwinked into partaking in capitalist exploitation. How many times can one buy the same music, after all? Some of these albums I first bought when they came out as records. Then I bought them when there were released as CDs. And now I buy them again as "remastered" CDs. I am told that this time, The Smiths Complete contains all the tracks that the Smiths released, remastered by boy-wonder-genius-guitarist Johnny Marr. I have the ears of a deaf mule but even I have to admit that the music sounds wonderful here. Fresh, crystal clear.

As many others have noted, The Smiths Complete is actually incomplete. Yes, the box set includes all the albums released by the band but not every song released by the band. By my count about 30 tracks were never released on the albums and it would have made for a nice extra couple of CDs to round everything out. But that's a small gripe. Here we have pretty much 90% of what the band released in their lifetime and it sounds fantastic.

I will have a longer post about the Smiths later. Yes, I will address the fact that many people find their music insufferably sophomoric, maudlin, childish, immature, self-absorbed, etc. Yet, although I am close to retirement age, I still think they produced one of the most impeccable catalogs of music in the history of modern pop. I would not hesitate to mention them in the same breath as the greatest bands of all time. You would think that their music would date them. But remarkably there is something timeless about the package.

Perhaps my enduring fealty to the Smiths is explained by the fact that I lived and went to school in Manchester in the mid/late-1970s. I was a little boy lost in the grim post-Oil Shock landscape of industrial England. For a while I went to Plymouth Grove Primary School (Junior 3 and 4) and then moved to Central High School for Boys (1st and 2nd Forms) which no longer exists, alas. (Although there is apparently an actual history book about the school). I imagine that at some point somewhere I crossed path with either Johnny or Stephen. Perhaps we shared a bus ride, unbeknownst to each other. I do get a lot of the arcane 1970s-era allusions to Manchester and England in the songs of the Smiths. I know what they're talking about. "The Headmaster Ritual," the opening track to Meat Is Murder, one of the finest opening tracks in rock history, begins with the couplet:

I couldn't have put it better.

But I don't think that the Manchester connection is really the main thing. Like all bands/music that we hold dear, I think it was the age at which I heard the Smiths for the first time, which was roughly in my late teens/early twenties. Besides the Replacements, I can think of no other band, whose music I processed on such a personal level. Even as youthful angst predisposed me to feel like an outcast, their music slung me into a world where outcasts and uncool people had songs written about them. Of course, with the distance of middle age, I now understand that all teens and young people think that they are impossibly different from everyone else when in fact they're (mostly) just like everyone else. But nevertheless the experience itself was defining.

Here is an excerpt from Chapter 7 of my (still unfinished) rock'n'roll memoir. It's the one on the Smiths.