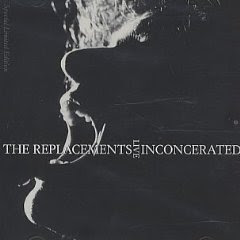 In 1989, the Replacements put out an e.p. called Inconcerated, which was basically a promo CD for radio stations. It was a blistering 5-song live record of a show they did at the University of Wisconsin in Milwaukee to support their then-latest album Don't Tell A Soul. This was a rare CD, and I paid a lotta money to get it on ebay. Anyway, it rocks -- and in typical Replacements fashion, they never bothered to release the whole show which would have been too good to be true. Whatever. Danielle wanted to hear the live version of "Answering Machine." Here it is.

It's A Wonderful Lie 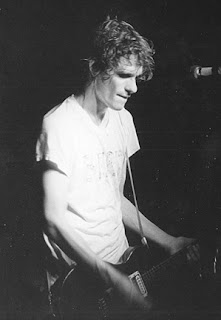 Listening to mid period Paul Westerberg (the stuff that I don't really like) makes me feel uneasy. Paul began his solo career with the awesome 14 Songs but then quickly descended step-by-step into what I still consider AOR shlock. I generalize. Every album that he released after 14 Songs had a few drop-dead genius songs on it. But the other songs were so cliched, so much dead weight, that I could never make it through an entire album. I'm being too harsh. I think it's more that listening to those albums (Eventually and Suicane Gratifaction) made me depressed. There are few pieces of music that make me depressed. Usually, it's the other way around: I get depressed and then I listen to some music or other. But the stuff he put out in the mid to late nineties was just plain dour, maudlin. Later I find that Paul is a depressive and he's on some serious medication. Over the years, his edges dulled. What can I say.

After what seemed like a never ending slump, he finally (in 2002) showed up with a double album of sorts, Stereo/Mono, which (shock) was actually good. It took me a while to warm up to the albums, but they worked. He'd clearly changed his style. His music had gotten a lot simpler, he'd abandoned those clever chord progressions; and his voice had become more nasal, in a quasi-Dylan way that could occasionally be annoying. But if you got over that, his songs were still good, and at times brilliant.

Since then, he apparently doesn't leave his house in suburban Minneapolis. He's afraid of people and what not. He has a studio in the basement where he goes down and bangs out songs. The ethos is uncompromisingly low-fi with nary the slightest concession to polish or practice. Every few months he releases a bunch of songs on-line, songs that sound he like recorded them underwater. The drumming is usually awful -- he is a brilliant guitarist but he remains a terrible drummer. Paul, try and meet some people, for the love of God! You don't have to go to a bar, just put an ad out that you need a drummer! Jesus.

Anyway, a week or so ago, Westerberg released another e.p., this one called PW & The Ghost Gloves Cat Wing Joy Boys. Yeah, that's what it's called. Paul being Paul, he took a word from each of the six songs and made up a title. Some of the songs are really good. Hey, what the hey, indeed. [Go here for a free song from the e.p.]

One of Paul's favorite things to write about is: the sadness young men see in young women who never see it in themselves. He wrote a buncha those (see "Achin' to Be," "Merry Go Round," "Birthday Gal," etc. etc.). Those are good ones.

And then there are the requisite songs about dead people (cheery guy, he), including one about Sylvia Plath. In a terribly morbid poem titled "Edge," Plath wrote:

The moon has nothing to be sad about,
Staring from her hood of bone.
She is used to this sort of thing.
Her blacks crackle and drag.

God, so gloomy, like a 16-year old goth chick. Paul, for whatever reason, wrote a song called "Crackle and Drag" (a lovely way to describe the static you hear when curtains move to close across theater stages). And he would sing it differently in various versions. The video below is an acoustic version, much better actually than any version he put on record. The other is a studio punk rock version. Both are brilliant.

But it's most important to understand that even when Paul puts out what could possibly be the shittiest album released by a human being in the entire decade of the nineties (Suicane Gratifaction), in his typically perverse way, the very first song on the album, "It's A Wonderful Lie," may be the best thing he wrote the whole decade. I hear it now -- I know exactly what he means.

Although Paul could give two shits about me, I still love the skinny bastard. I love his music. It changed my life. I don't listen to the old stuff that much anymore but that doesn't matter. Those buncha albums from the '80s that he and his bastards of young put out -- they are now imprinted in my DNA. Those who have loved me, and those who I have loved, know this about me. That I am one of those children by the millions, who wait for Paul Westerberg, to come home.