This is kara-Lis coverdale with her recent EP Grafts.

Someone described her prior album (Aftertouches) as an "acrylic portrait of a Cronenberg-esque organism, morphing, half human, half machine."

From the album Artificial Intelligence (1985) 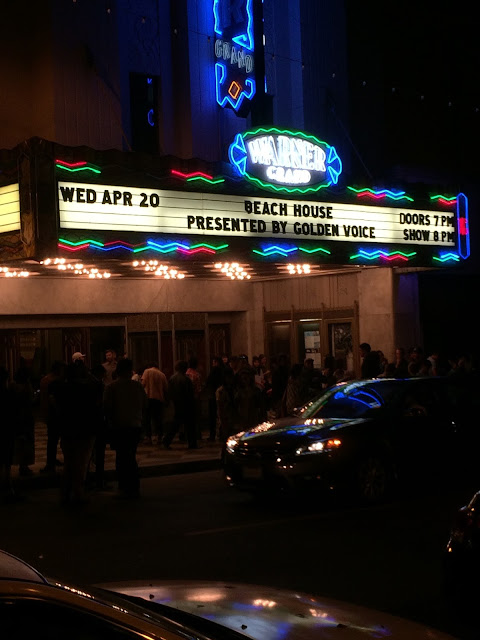 The best song at the show?

I can't tell if this 'song'--an Abba single b-side that was basically a medley of three different standards--was considered thoroughly inappropriate for all manner of historically troubling reasons... BUT when it came out (September 1978), I found it strangely more alluring/disturbing than the a-side ("Summer Night City").

The three songs spliced together on the b-side are:

"Pick a Bale of Cotton" (an old spiritual originally recorded as early as 1933 by James "Iron Head" Baker and then later by the more famous Lead Belly in the 1940s and the song which makes this reproduction by Abba the most troubling)
"On Top of Old Smokey" (a traditional folk song originally recorded by The Weavers in 1951)
"Midnight Special" (a traditional folk song from the American South whose first recording dates back to 1926, and was also recorded by Lead Belly in 1934)

For an interesting history of "Pick a Bale of Cotton" and its dubious place in the history of racism in the U.S., see here.

The Abba version was originally recorded in 1975 (!) but released as the b-side of "Summer Night City" in September 1978.

How to even unpack how wrong this is? And yet, yet, amazing to think that Abba had a strangely outside-the-box aesthetic, way back, before The Album (their clear magnum opus), before Arrival...?

Is there one track that you think of (maybe "Tomorrow Never Knows"?) that seems soooo far ahead of its time that you feel completely dislocated (distempered?) when you find out when it was actually released/recorded? (A list of those songs would undoubtedly also include any song from the Modern Lovers debut ["She Cracked" anyone?], anything by Kraftwerk, 1970s Eno, Tangerine Dream, Doctors of Madness, stuff from Revolver and the White Album, James Brown, Death [not the metal band], and yes, the Velvets entire goddamn canon).

But here, my friends is the final track on Side One of Cockney Rebel's album The Glass Menagerie. From 1973! Yes, yes, they were a sub-second-rate glam outfit overshadowed by Bowie, Roxy, Slade, etc. But as Simon Reynolds notes, weren't the second raters really pumping the reddest most bloody blood into the heart of glam?

You hear this song (and indeed the album) and you wonder if young John Lydon wasn't internalizing some vocal affectations that would come in handy later....