When The Levee Breaks 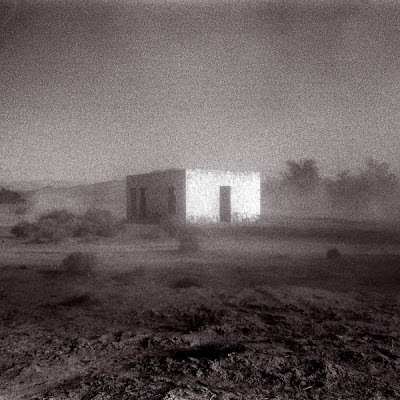 Well as most probably know Godspeed You! Black Emperor has a new album out. And I don't yet have it. I was thinking of heading down to Other Music downtown to get it on vinyl, but then I remembered, oh wait a second, I don't have a record player. Which made me think that maybe I should get a record player, but then that reminded me that I don't have good speakers. So that pretty much defeated my mission to get the new Godspeed album.

But in any case, their new album is called 'Allelujah! Don't Bend! Ascend! and it includes four tracks, two of which, if I understand correctly, are older tracks they were playing live back in the early 2000s, in their first incarnation. The track "Mladic" was originally called "Albanian" and is apparently a reference to Ratko Mladic, the Bosnian Serb accused of committing war crimes in the early 1990s.

OK, OK, since I wrote the last two paragraphs, I gave up on my quest for a record player, and instead downloaded the album and I've listened to the album a couple of times. In fact, I'm listening to it right now. It's really fantastic. I was a but lukewarm on their last album Yanqui U.X.O. ten (!) years ago (although it included one of my favorite Godspeed tracks "Motherfucker=Redeemer"). But this new album is much more compact, produced much better, and most important, the two tracks that make up the heart of it are just perfect. They don't outlast their welcome. "Mladic" (aka "Albanian") is the more heavy track, reminding me of an army of Black Sabbath guitars stuck in Morocco. The latter track, "We Drift Like Worried Fire" is the more melancholy of the two, but still heavy and discordant in places. It's also a bit more complex, moving through different movements and moods, some sinister, some sad, as it sails towards its inevitable conclusion. These two tracks are rounded out by two shorter drone-ish pieces which are actually quite interesting. I'm not a big fan of the drone, but these two drone-tracks are sequenced well, in the sense that they serve as short periods to recover from the long 20 minute epics. It gives you space to breathe and regroup before heading into back into the vortex world of Godspeed.

For those interested in my earlier musings on Godspeed, I had a long love letter to Godspeed from a couple of years ago. You can tell I really liked them (ahem). I also felt strongly enough to name Godspeed's 2000 album Lift Your Skinny Fists Like Antennas to Heaven my top album of the entire first decade of this century. I think I'll stick by that choice still.

All four tracks from the new album are streaming here, but I don't know for how long.

I will still buy the vinyl version, but that might have to wait until I buy a new record player. Readers of this blog are invited to suggest relatively inexpensive models to buy. I'm not an audiophile but I do appreciate warm/good sound. I'm thinking something in the range of $200. Any suggestions???
Posted by spaceman at 2:20 PM No comments:

Bernard Purdie is/was one of the coolest drummers around, having played in the 1960s with Aretha Franklin and James Brown. Shamefully, the first time I heard his stuff was on the Steely Dan song "Home At Last" from their classic album Aja (1977). There's a pretty cool exposition below of exactly how he played his so-called "Purdie Shuffle" on the song:

The song itself is a brilliant (both in its composition and how it's so concise) extrapolation of Homer's Odyssey, about Ulysses and his journey home after the fall of Troy. There's a bit of wanderlust in the epic poem, and Walter Becker and Donald Fagen, the smartass geniuses behind Steely Dan, give it a perfect hipster summation:

Well, the danger on the rocks is surely past
Still I remain tied to the mast
Could it be that I have found my home at last?
Home at last.

I've always identified with that. Home is where your ship is. Like all good Steely Dan songs, it includes a word, "retsina," that you've probably never heard before ("She serves the smooth retsina"). Retsina is apparently a Greek white wine which has been made for at least 2000 years.

The song also boasts one of the most awesome guitar solos in classic rock. I am not a big fan of the Fender stratocaster sound (although I do own a stratocaster myself) but in "Home At Last," Becker turns in a beautiful, almost provocative performance that transcends the blues notes the Strat is known for, and heads off into an entirely different zone. It's like the guitar itself is on the rough shoddy seas with you. Hear the guitar solo below at 3:30.

Aja has some fantastic songs, but "Home At Last" is one of the best--it's the pinnacle of classic adult '70s pop music: there's a big meaning to the song (Homer, Odyssey, Ulysses, etc.) but you don't have to know anything about that stuff. Just tap your feet and shuffle along to the Purdie Shuffle. You'll find yourself rocking back and forth wherever you are.

Oh I forgot to mention. I'm in Copenhagen right now. That's right, Copenhagen. The one established in the 11th century. Damn straight. And the hotel that I'm staying at? Grizzly Bear, Al Jarreau, Jethro Tull (!), and Procol Harum are playing here soon. And just because Procol Harum is playing here at this very hotel sometime soon, it's only appropriate to post this, one of the most sublime pieces of music every made.

A bit of unfashionable nostalgia here, but this is the first track off one of my favorite albums of the early 2000s. They're still around and apparently have a new album out called 4, but I haven't heard it. But the first album, Silent Alarm was a monster. Pretty much every song off the album kicked ass.

Like many of their contemporaries (and indeed, much of what passes for the popular end of non-mainstream music these days), Bloc Party are firmly derivative. And that's really another bigger story about why this is so. Why are the "hip" guitar-based bands of today, to the very last one, all copies of replicas of imitations of tributes?

So, really, in order to properly evaluate Bloc Party, you have to already begin from the assumption that what they (and Franz Ferdinand, Art Brut, Radio 4, the Strokes, Clap Your Hands Say Yeah, !!!, Arctic Monkeys and all these millions of shitty bands) are doing has been done, done, done before. Working within that context, Bloc Party are pretty good.

Appealing to an '80s vision of high energy guitar-based pop, they write good melodies and kick some ass, combining the two in a euphoric rush in songs such as "Like Eating Glass," the opening and best track on this album. The rest of the album really doesn't catch up after that, but it doesn't get boring either; in song after song, they steer their muse from soft ballads to four-on-the-floor power pop wrapped in catchy melodies and the aspiration of saying something "deep" (which they don't). But I really like them. They recreate a fond memory of some sort of imagined nostalgia without being too regressive and they do it quite well. I saw them in concert on September 9, 2005 here in New York and they were loud, the drums of  "Like Eating Glass" reverberating loudly through the auditorium. The whole show was a manic pop thrill, guitars moving through speed and melody for an hour-and-a-half. If you like somewhat intelligent melodic power pop, pick this up. As a sidenote, they had this album remixed by a number of artists such as M83, Four Tet, and people like that. According to some, the remix album (Silent Alarm Revisited) is as good if not better than the original album.

Posted by spaceman at 5:13 PM No comments: